In 1993, Glenn Leembruggen undertook a review of the existing loudspeaker systems in the three courts in the Canberra complex and subsequently completed designs for new loudspeakers with the Court’s architect.  To this day, the systems still perform well and were recently accorded as “the best sound in any court in the world” by a well-known USA educator on court technical systems.  10 years later in 2003, Rod Louey-Gung was appointed the lead consultant and design principal for a technical refurbishment of the High Court, replacing electronic systems that were originally installed in the mid 1970’s with state of the art audio and broadcast video systems.

ICE Design Australia are now engaged to develop a second generation upgrade strategy for the courtroom technologies across Canberra, Sydney and Melbourne. The aim is to implement system changes that will meet the needs of the court for the next ten years whilst meeting the short term objectives of robustness, redundancy, serviceability and quality. 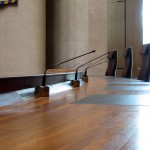 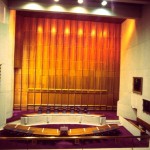 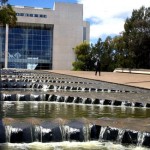